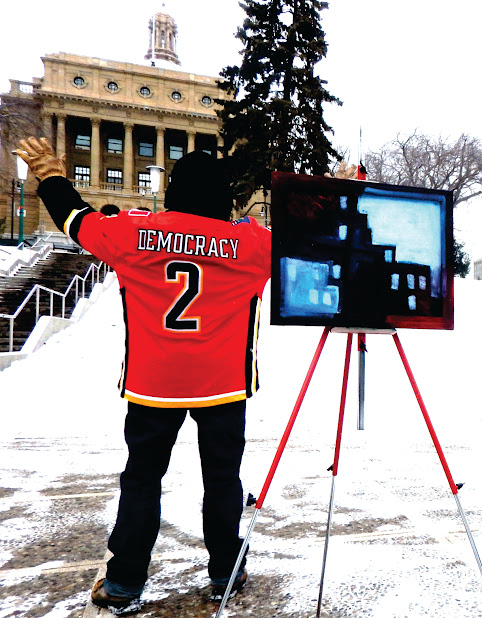 #flames1stgoal for #Democracy jersey, #2 will be given to a #UCP MLA before the next election to whom I believe has accomplished the most for Alberta's #Democracy during their term in office. 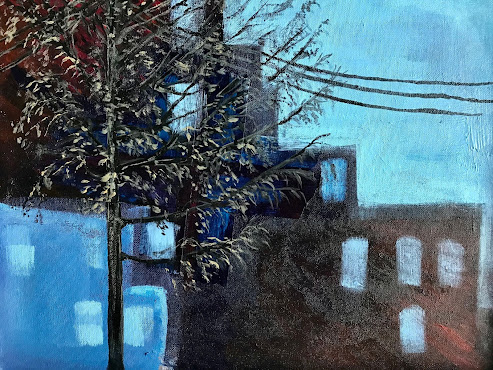 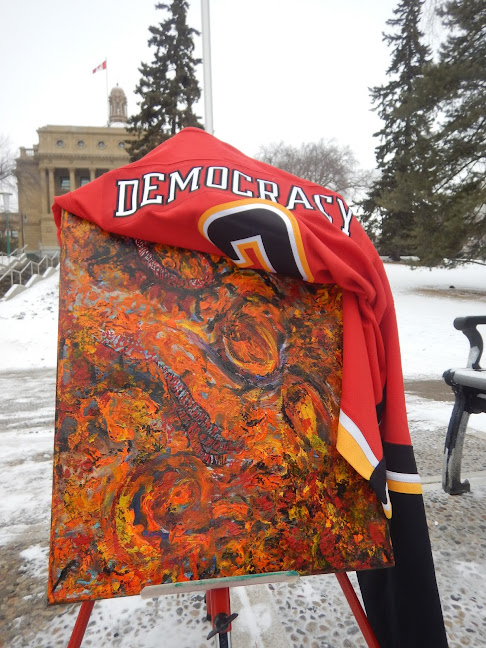 “Conformity is the jailer of freedom

and the enemy of growth.” John F. Kennedy

Posted by Doug Brinkman at 04:42 No comments: 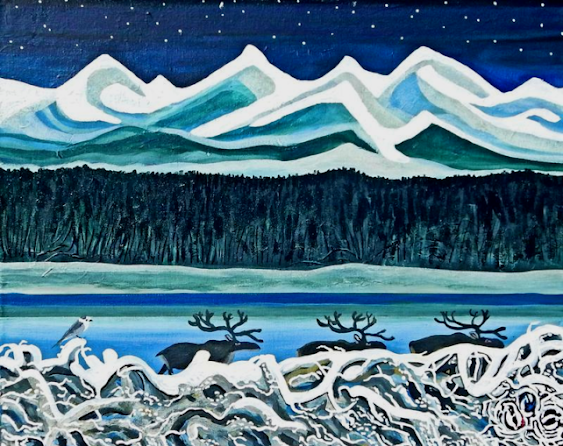 'Last of the Alberta Caribou' 2018 Status versus Motion art project

2021-02-12: I for one welcome the news of the Athabasca Oil Co. and Cenovus relinquishing leases to make way for the largest continuous area of protected boreal forest in the world, Kitaskino Nuwenëné Wildland provincial park in Alberta announced yesterday by Premier Jason Kenney, and Minister of Environment (Hon) Jason Nixon. Kitaskino means "our land" in Cree and Nuwenëné means “our land” in Dene. My 2018 painting 'last of the Alberta Caribou' was first painted as part of a series of paintings, all inspired by my 1924 - 2014 art project adventures to Maligne Lake, Jasper National Park 'Last of the Alberta Caribou was used to help me raise the awareness the need to address Alberta's woodland caribou serious decline in the Province, facing certain extinction if the Alberta Government and industries in the Province do not act. Both the woodland caribou and wood bison are identified as species at risk in the Alberta. 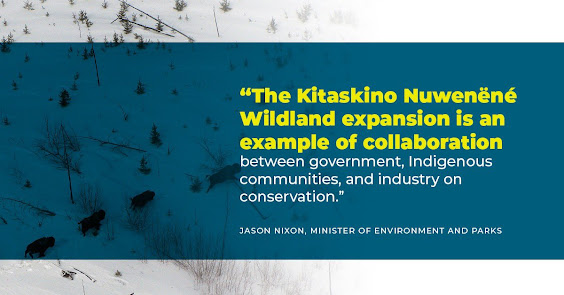 'The newly-expanded park will create more critical habitat for caribou and wood bison. This would not have been possible w/ out support from First Nations, including Mikisew Cree.' Minister of Environment Jason Nixon. Jason also tweeted thanks to the Athabasca Oil Co. and Cenovus for relinquishing leases in the area to support the park’s expansion. Alberta Government website 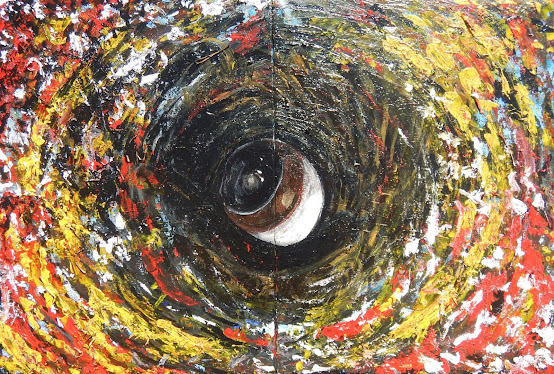 Artist Log: 2020 'Buffalo Eye' was inspired by the words "I see buffalo" spoken by an unemployed carpenter, homeless woman named Kara, also known by her street name Special K. Kara joined me in the spring of 2020, while I painted outside the circle of the burial grounds in the flats of First Nations and Settlers, north of the Walterdale bridge. It was also the time when Premier Jason Kenney tweeted "#Belikethebuffalo" during the start of the pandemic. 'Buffalo eye' is a re-paint over from another painting titled 'Walterdale Bridge project' winter of 2015 next to the construction site on the new bridge. 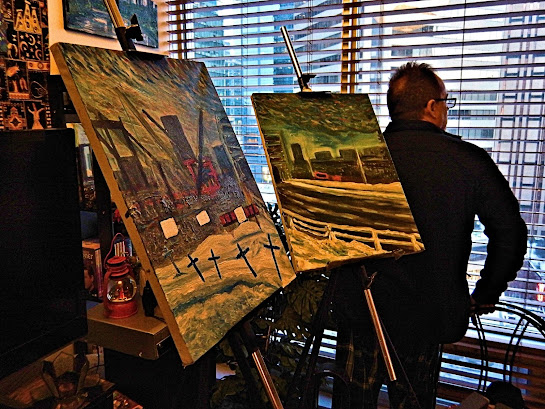 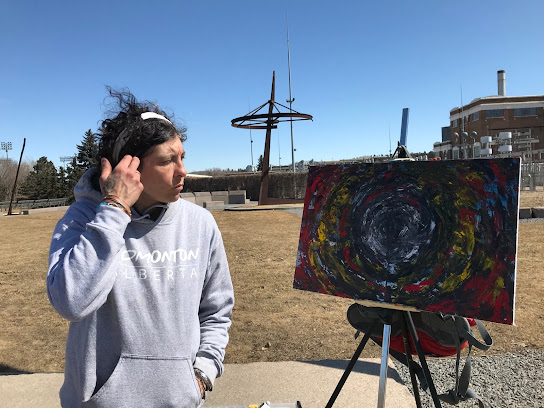 'Buffalo eye' painting is held together by 3 staples and layers of acrylic paint. It was given to (Hon) Jason Nixon in, spring of 2020 after we learned we both knew Kara, during an art show and tell, drum performance next to the Premier office on the Legislature grounds. Jason knew Kara from his years as executive director of the Mustard Seed, an organization that helps assist homeless folks throughout the Province. I shared with Jason Nixon that day "if we are to herd together as Premier Kenney suggests during this COVID19 pandemic and difficult economic times, then we must make sure that all Albertans get through this together unlike the plains bison and wood bison where populations were almost depleted to extinction in the early 18th. and 19th. century due to overhunting and the loss of its habitat. Jason accepted my gift and promised a coffee in his office once this COVID19 pandemic was over. 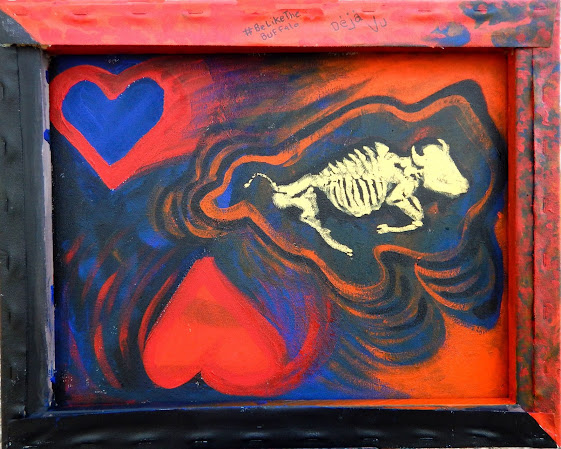 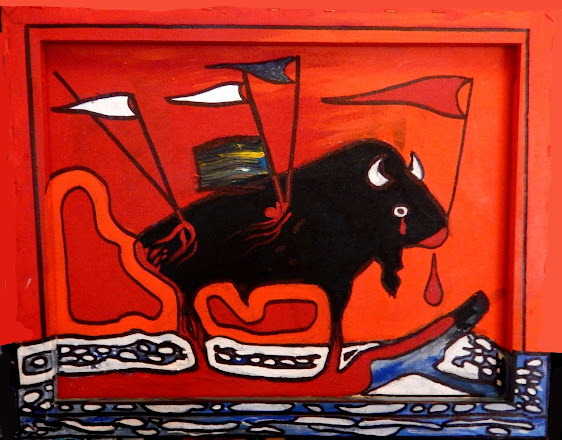 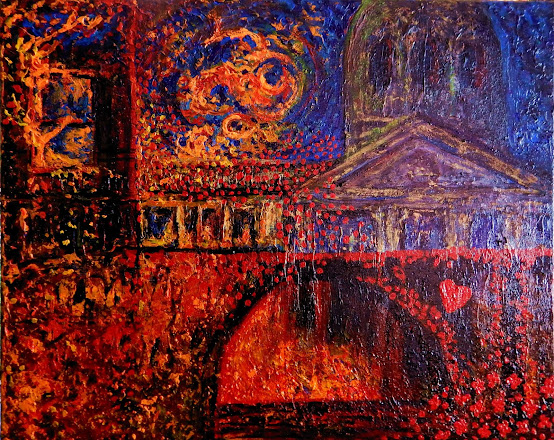 When I first looked at it, it reminded me of Notre Dame Cathedral burning. It also reminds me of some of Van Gogh's paintings. If we are burning now, like Notre Dame, we will rise better and stronger. Marg McCuaig-Boyd, former NDP Energy Minister, 2020. 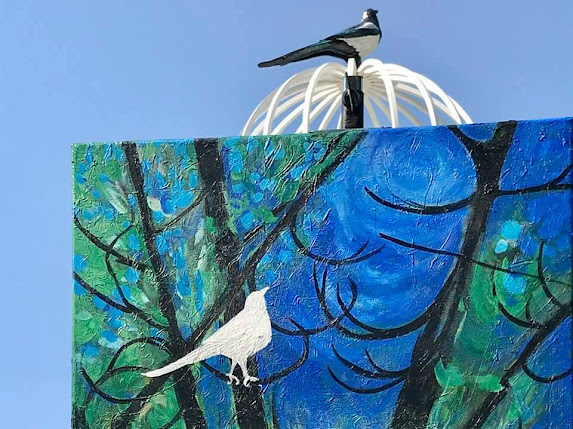 We must make our own work on our own terms - Joseph Sanchez.

We as artists must be careful not to fall prey to another form of colonization, for we are one of the most powerful voices of our people....... 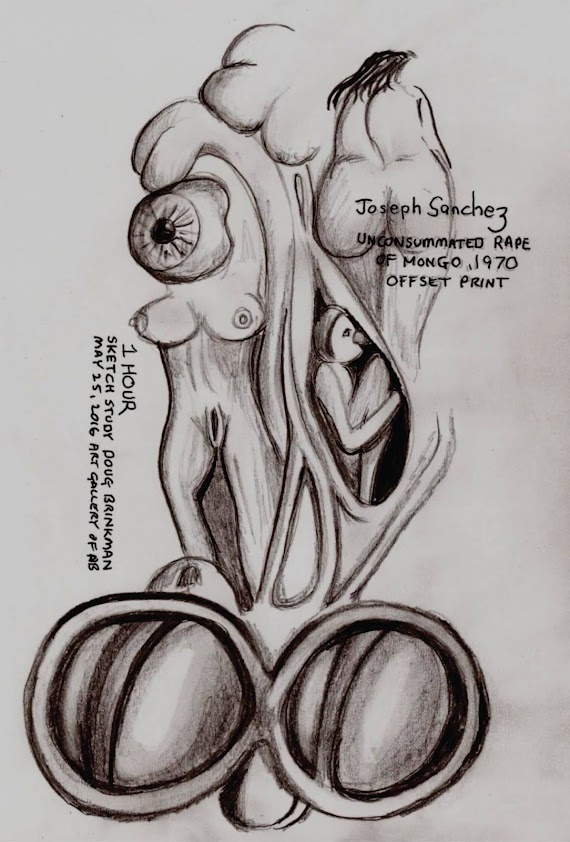